ASAKU® is a work originally created by Prof. Liu, Ming Kun, a senior author from Taiwan and a professor teaching at Shih Hsin University, in 1989. All IP, intellectual property, belongs to Prof. Liu.

For nearly 30 years, ASAKU® extends from comics to animation, game, VR, children’s shows, puppetry musical, music, education, and a series of tie-ins, becoming the only IP creation that has various developments in different fields in Taiwan. What makes this so special is that Prof. Liu has created all these by himself, including comics, game, animation, music and lyrics composition. Prof. Liu is a creator who owns IP as well as cross-industrial skills.

History of ASAKU® Development 1989 The comics was published but the story hasn’t finished till now. 2000 The very first PC game was published. 2013 Game app was published. 2014 AR and products of interactive technology were published. 2015 Children’s shows and 3D short animations were released. 2016 Prof. Liu became the spokesperson of HTC VIVE and ASAKU was demonstrated. Nov 2016 ASAKU® VR game was published in Shanghai AU Conference 2016 Jan 2017 Crowdfunding was held for ASAKU® in the Taiwanese crowdfunding platform and two new records were set: ASAKU reached the funded target fastest and raised the greatest amount in history. Aug 2017 ASAKU® officially declared cooperation with a Japanese animation company and production for long animations was set.
Sep 2017 Extended from PC game, ASAKU® will develop MR game with Microsoft, ASUS® Tango AR, and HTC VIVE.

An Introduction of ASAKU® World

Both series for teenagers and children are set in the same world. The whole story is built in a magical, horizontal world, where the ocean has an end.

In the story, the world is made up of seven continents, including the continents of fairies, of elves, of phantom, of humans, of dreams, of gods, and of clone. The storyline lasts more than one hundred years and extends to wars among three planets. Every continent is categorized by seven attributes for the ability or profession. Even every day in a week is influenced and restricted by the attribute.

An outline of the story: The Legend of ASAKU®

Asaku is a fairy from the tribe of light from the fairies continent. He is the reincarnation of god and the whole work tells the story of Asaku’s life. There are eight chapters and Asaku is not always the main character, but the chapters are connected by everything Asaku experiences. This is a grand adventure that lasts for 50 years in human’s time.

The Eight Chapters are:

1.The Phantom King: this is a story in which the fairies take exams held by the school and set off to places all over the world for a trial, which starts all other stories and comprises the core stories afterwards.

2.The Wheel of Four Seasons: this is an imperative competition for the fairies. In the story, Asaku is made the king, while conspiracy and betrayal of the Phantom and the Clone are disclosed.

3.Adventures in the Dreams: in the story, the elves are hostile against the fairies. Asaku enters the continent of dreams to save his partners trapped inside, which triggers the Nightmare Streams and causes unstoppable catastrophe. It is found that Asaku was a god in his previous life and he has caused the cavity of time. In the end, Asaku becomes one as a god and a fairy.

4.War in the Mirror Continent: the Nightmare Streams changes the influence of the Clone toward the other six continents and put all living creatures to sleep. If no one wakes them up, they will be trapped in the dreams and eventually die. Asaku will explore the truth and falsehood in everyone’s heart.

5.Dragon Life: the fairies’ continent is invaded by the Clone, so Asaku and his partners escape and leave for the Continent of Phantom where three kingdoms are in power, and they are the Dragon Kingdom, the Beast Kingdom, and the Ocean Kingdom. Asaku and his friends get involved in the wars among these three kingdoms, search for the three legendary weapons and seal the Sacred Dragon, the king of the Dragon Kingdom and the one who is responsible for the battles.

7.Trial of Apollo: with new partners’ company, Adam goes on the adventure and explores the true reason why the world is collapsing. Returning as god, Asaku brings new danger to the other two planets.

8.ASAKU X UKASA: Asaku, in fact, is the steerer of time and space, and can travel through both. However, Asaku does not follow rules. Rather, he intervenes the history, designs his own identity and background, and even twists mythology and the timeline in this world. In fact, Asaku has foreseen the future that the world would end in destruction. To save the world from its destiny, Asaku does what he has to do, taking advantage of the technology from the other two planets, which isn’t taken well by his old friends. This is how Asaku becomes the final enemy, a tragedy war in the end.

Literally, the name Asaku already spells out the main story and ending because the reversed spelling is UKASA, meaning “provocation” in Hindi. Therefore, the whole story is all about chaos created by Asaku. Certainly, the ending is shocking as the final rival is Asaku, which shall remain a secret for the time being.

This is a story happening in a campus for children. All characters are students and teachers, competing with each other in the Magic Square War. The main theme is for education, humor and relaxation. The time and space in Sunshine Asaku is not limited to the main story. 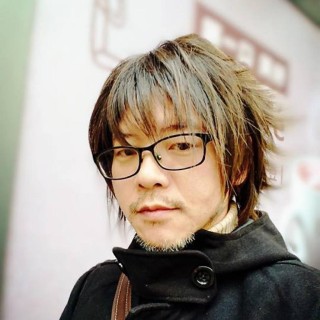 Born on September 21, 1973 ASAKU® (艾薩克傳®)Series of creators ASAKU is a work originally created by Prof. Liu, Ming Kun, a senior author from Taiwan and a professor teaching at Shih Hsin University, in 1989. All IP, intellectual property, belongs to Prof. Liu. For nearly 30 years, ASAKU extends from comics to animation, game, VR, children’s shows, puppetry musical, music, education, and a series of tie-ins, becoming the only IP creation that has various developments in different fields in Taiwan. What makes this so special is that Prof. Liu has created all these by himself, including comics, game, animation, music and lyrics composition. Prof. Liu is a creator who owns IP as well as cross-industrial skills. Pen name and self portrait：Fluffy